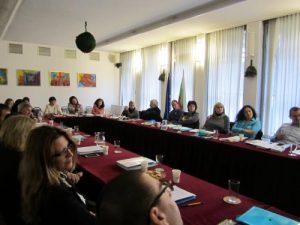 In order for the referral, support and protection of the rights of victims of trafficking of human beings (THB) to be effective, stakeholders need to work in cooperation towards a common goal and each of them should understand the others’ perspectives. This was the conclusion reached by the participants in the two-day training seminar Multidisciplinary Approach to Effective Referral, Support and Protection of the Rights of Victims of Trafficking in Human Beings organised by the Center for the Study of Democracy on 7–8 December 2017. The event gathered prosecutors, lawyers, and officials from the National Commission for Combating Trafficking in Human Beings, the Agency for Social Assistance, the National Legal Aid Bureau, the Ministry of the Interior, the State Agency for Refugees and a number of NGOs. The trainees were given a Manual on the Multidisciplinary Approach elaborated as part of the initiative under which the training was delivered. 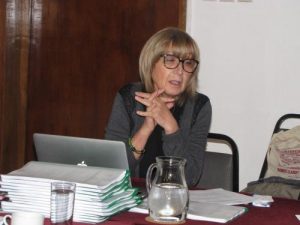 In her opening remarks Law Program Director Dr. Maria Yordanova noted that the topic of victims of crime, those of human trafficking in particular, is a key priority in the Center’s legislation and policy drafting efforts. CSD researchers have worked on initiatives aiming to enhance the integration of child victims of trafficking, analyse the role of the Internet in THB, and improve the provision of legal aid to victims of crime.

In the first training session Vladimir Nikolov, prosecutor at the Regional Prosecutor’s Office in Pleven, outlined the international and domestic legal framework for combating THB and protecting victims of THB, as well as the mechanisms for victims’ referral between institutions. Miriana Ilcheva, Research Fellow at the CSD Law Program, focused on the importance of Codes of Ethics for practitioners working with THB victims, which are an indispensable tool for the adequate treatment of victims in the course of and beyond criminal proceedings. During the discussion, participants pointed to several areas where legislative amendments are needed to improve the situations of victims: healthcare, employment, social service financing, prostitution regulation / incrimination, child protection. 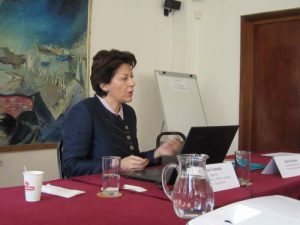 The second session was dedicated to secondary victimization. Diana Videva, Project Coordinator at the Demetra Association, reviewed the main characteristics of post-traumatic stress disorder often affecting victims of THB and the situations in which criminal justice authorities often additionally traumatize victims. Petya Dobreva, Director for Legal Aid at the National Legal Aid Bureau, examined the ways in which public defenders‘ capacity for working with victims of THB could be enhanced and common procedures for approaching such victims could be created. Trainees discussed the case of a victim of trafficking for the purpose of begging who should be convinced to participate in the proceedings against the traffickers despite her distrust to institutions. They engaged in a role play where a victim of THB is interrogated by a prosecutor in the presence of a psychologist from a crisis centre. The role play was followed by a heated discussion on the role of supporting staff in the work of the criminal justice system with victims and on the tough balance between observing procedural norms and securing a safe environment for victims, as well as between random case distribution and magistrates’ specialization.

In the thirds training session Diana Videva reviewed the benefits for both the victims and the criminal procedure of psychologists’ and social workers’ involvement in the communication between victims and institutions. The case presented was of a victim in a state of severe anger accompanied by outbursts of aggression whom supporting professionals should prepare for the criminal proceedings. Participants discussed a number of possible coordination mechanisms on the local level in facilitating the collaboration between prosecution offices, police departments and crisis centres and stressed that these should be formally regulated by the law. 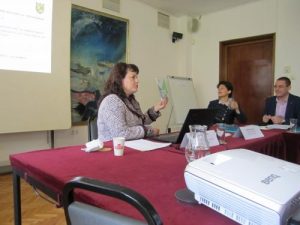 In the last session Ms. Videva examined the specifics of multidisciplinary work in cases of transnational THB. Tanya Gyunova, Secretary of the Local Commission for Combating Trafficking in Human Beings in Pazardzhik, presented several cases from the commission’s practice – some successful, with the victims coping and managing to reintegrate into society, while others challenging, with the victims turning unable to get away from the traffickers. A case study – of a victim returning home from France where an action is taken against traffickers and a financial compensation is about to be adjudicated, was discussed in detail. The role of the National Commission for Combating Trafficking in Human Beings in coordinating institutional response, especially in transnational trafficking, was reiterated and made clear to participants.